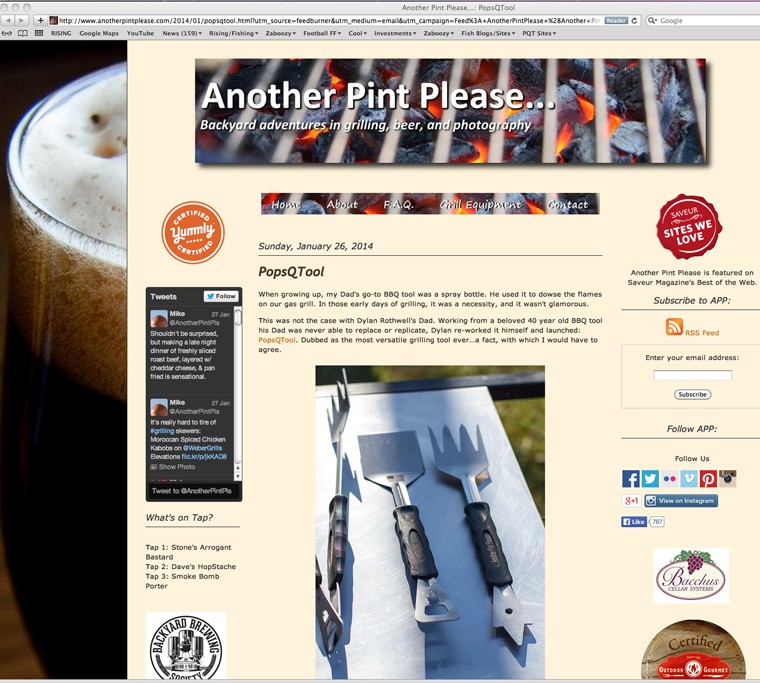 Mike Lang’s grilling and beer oriented blog – AnotherPintPlease.com – is the best grilling the blog we follow. We were so thrilled he agreed to review our Pops Q Tool, and even more excited that he liked it as much as we do!

He is such a welll known, respected Grilling Blogger he has his own Bobble-Head Figure.. Cool 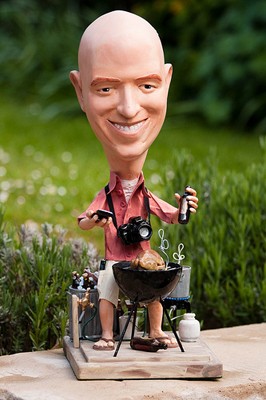 With that in mind, here is his review from his great website..

When growing up, my Dad’s go-to BBQ tool was a spray bottle. He used it to dowse the flames on our gas grill. In those early days of grilling, it was a necessity, and it wasn’t glamorous.

This was not the case with Dylan Rothwell’s Dad. Working from a beloved 40 year old BBQ tool his Dad was never able to replace or replicate, Dylan re-worked it himself and launched: PopsQTool. Dubbed as the most versatile grilling tool ever…a fact, with which I would have to agree. 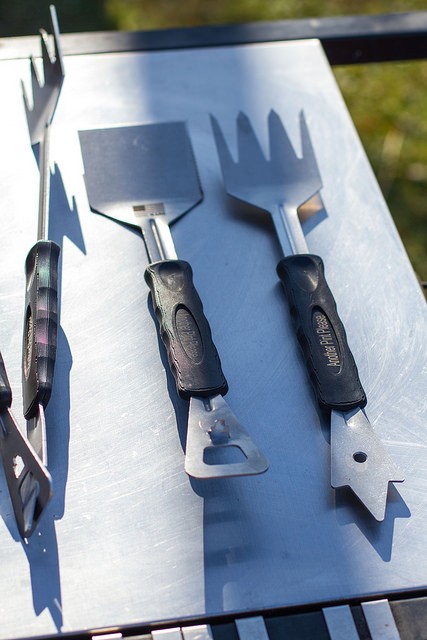 Dylan reached out to me through a mutual friend at Samuel Adams and shipped me two sizes of the PopsQTool. I’ve been playing around with them for weeks. 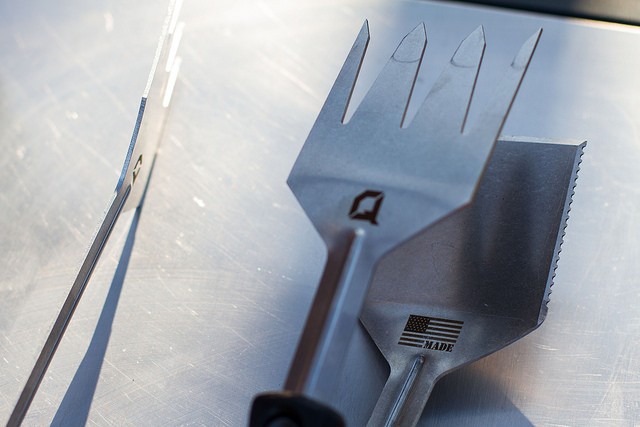 The tool is really a tool(s). It’s 6 implements in one: spatula, fork, knife, grate cleaner, tong, and my favorite, bottle opener.

95% of the time, I use tongs, and a lot of times for crazy stuff tongs are exactly suited for. While the PopsQTool doesn’t spread as far as conventional tongs, it makes up for it with its “mega size.” I wouldn’t usually try and lift a cooked brisket with tongs, but I do here. 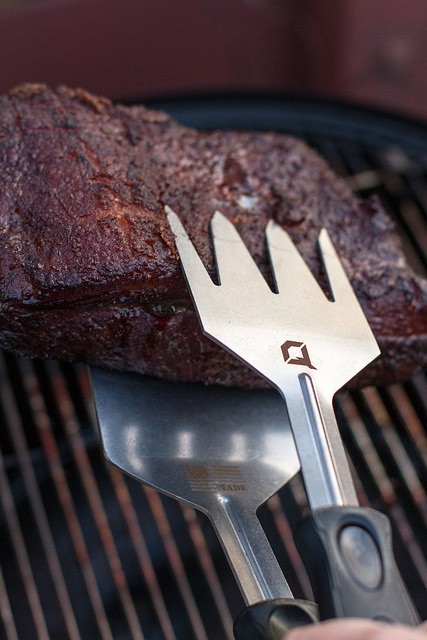 Instead of worrying about which tool to grab, the PopsQTool can handle a wide variety of tasks, without having to run back inside the house.  I had an old spatula with a knife on it, and I used to love it.  Now I have a knife on my tongs. 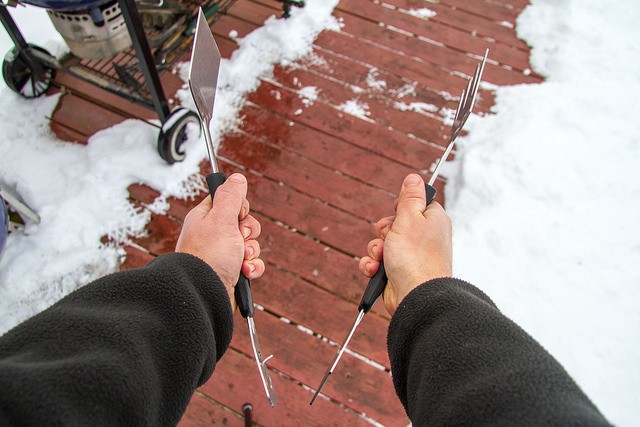 The tongs are formed by simply inserting the “grate cleaner” into the “bottle opener.” 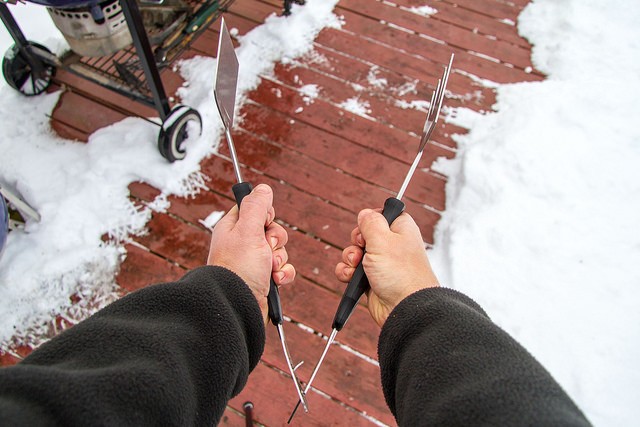 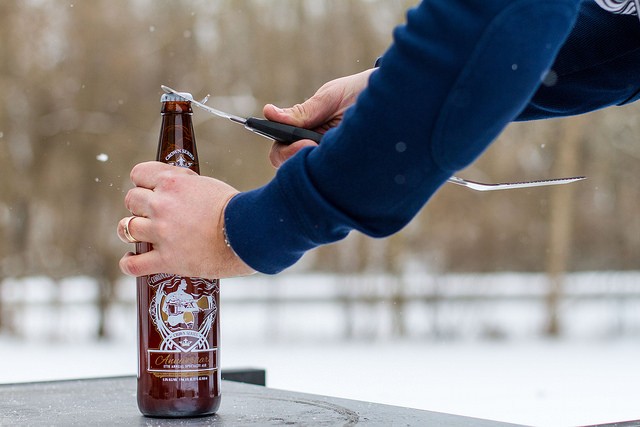 Granted I started using the bottle opener the wrong way, Dylan suggests having the spatula up in the air, not down below as in the picture above.  No matter how you use it, it is still handy to have around.   A bottle opener can never be too far away. 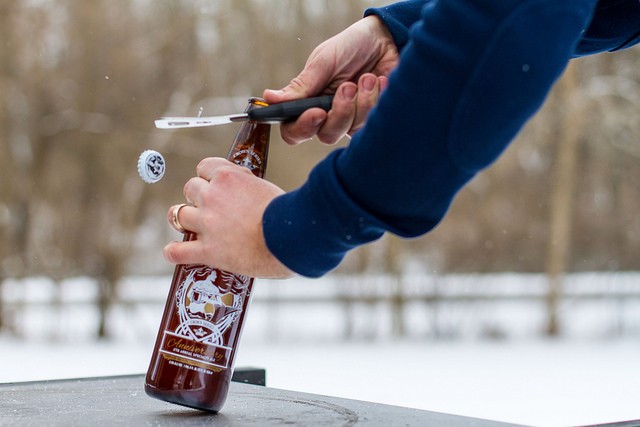 Another neat touch, customizing engraving.  If you take my tongs.  I’m going to know. 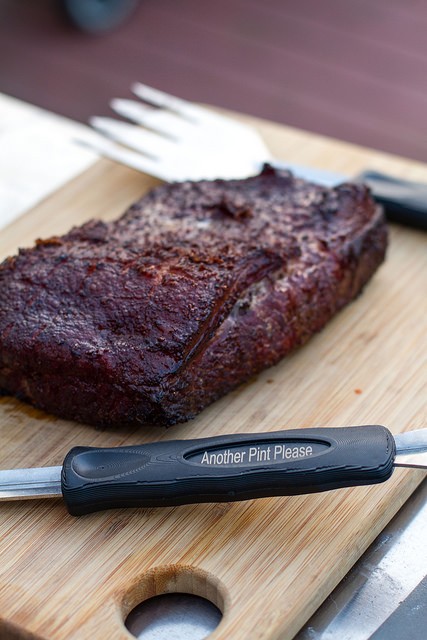 What impressed me post about the tool was the build quality. Made from 304 Stainless Steel, the tool feels as though it is ready to survive 40 years of grilling, which I’m sure is exactly what Dylan’s Dad wanted…

AWESOME Review right..We are psyched, and it also shows Mr. Lang’s skills.. This is likely one of the reasons he is now a full fledged Weber sponsored Blogger.. On the Weber Grill website – Impressive !! Check it out: 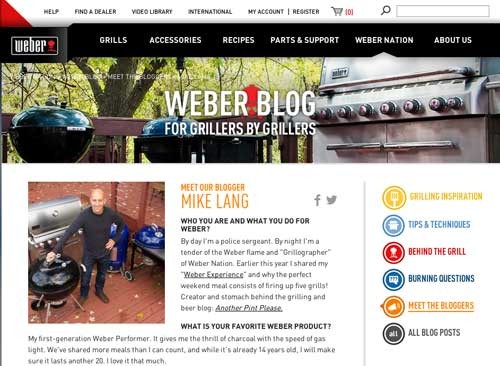 Please follow his blogging efforts, your stomach will be glad you did!